96 years after its creation, the Jean Baptiste Damier public professional school lacks money and is surrounded by armed gangs

Read this piece in French

Founded in 1926, Jean Baptiste Damier is one of the first vocational schools in the country. Located on Montalais Street in downtown Port-au-Prince, this training center is named after a former minister of Education.

The school is currently operating in a situation of extreme degradation, which prevents it from carrying out the professional training of young people in the trades.

“The school is unable to provide its courses properly,” says Francky Francoeur, a member of the committee that has been managing the institution for six months. There is a lack of didactic and practical materials, not to mention the serious problem of teachers’ salaries.

Two of the professions taught at the school are very expensive. These are general mechanics and cabinet making,” says Frantz Bien Aimé, student coordinator and woodworking instructor. We need resources to buy materials and new equipment so that the students can work.” 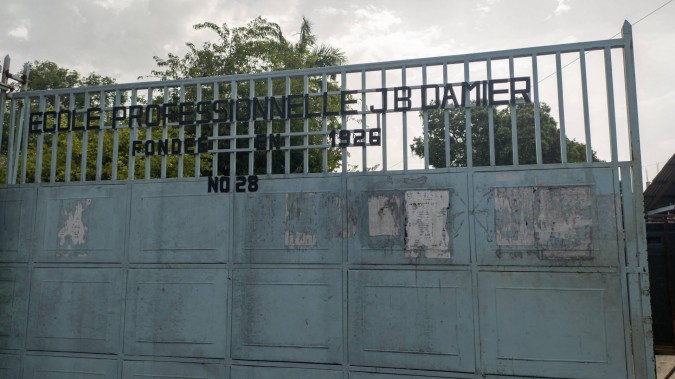 Students pay 7,500 gourdes as academic fees. Since the Institut national de la formation professionnelle (INFP), which coordinates and regulates technical and vocational education in Haiti, does not have an operating budget for the country’s public vocational centers, the school is still in financial difficulty.

According to Carmel Vilfranche, director of operations coordination at INFP, the law on the reorganization and modernization of technical and vocational training ratified in 2018 requires vocational centers to generate resources for their operation.

According to this law, the operation of the professional institutions is based on the academic fees of the students and the income from the organization of the centers’ workshops or sometimes from donations.

Jean Baptiste Damier often initials contracts with the Ministry of Justice to manufacture wooden equipment for the country’s courts. “But this is not enough,” says Frantz Bien Aimé.

The school was severely damaged by the earthquake of January 12, 2010. Since then, sheds have been built in the courtyard of the institution. 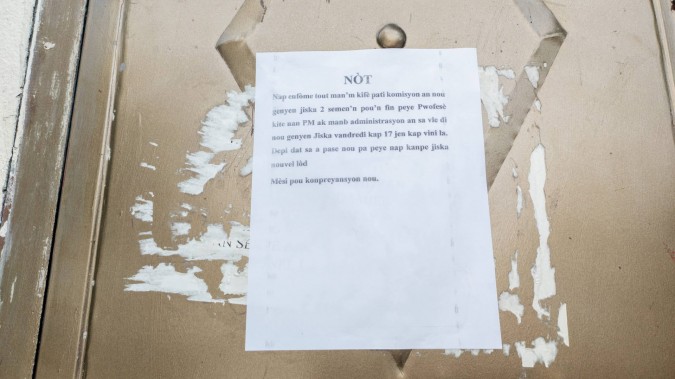 Twelve years later, the center has not yet been rebuilt. The sheds can no longer resist. “We are forced to renovate them at every moment and change the rotting wood,” explains Frantz Bien Aimé, coordinator of the students.

The INFP had reached an agreement in 2018 with the Japanese Embassy and the Caribbean Development Bank for the reconstruction of the Center.

“The project was estimated to cost about $4 million,” says Maguy Durcé, former director of the INFP. The space was too small, so the donors abandoned the project.

Taiwan wanted to build a large training center, but the land set aside for it is too small,” says Yves Carmel Vilfranche, director of operations coordination at INFP. The only space we found was in Titanyen. It was too far away. In addition, the J.B. Damier school administrators were opposed to the idea of moving the center. So, we lost the project. 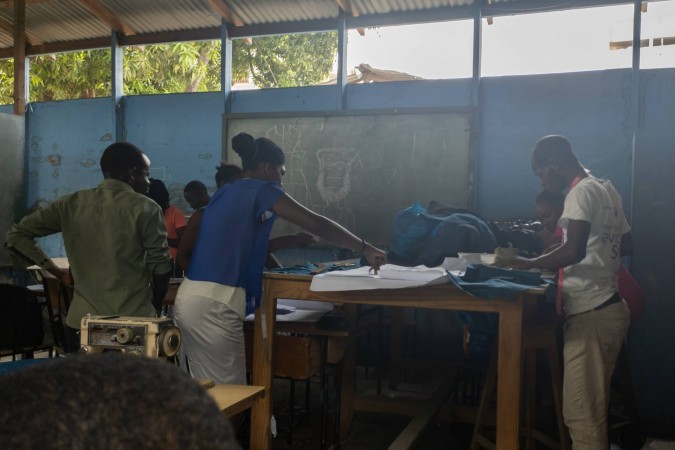 Despite everything, the center reopened to the public in January 2022 after a long period of closure. “Academic activities work with difficulty, which affects study conditions”, relates Marc-André Deshommes, a third-year student in the mechanical fitting. 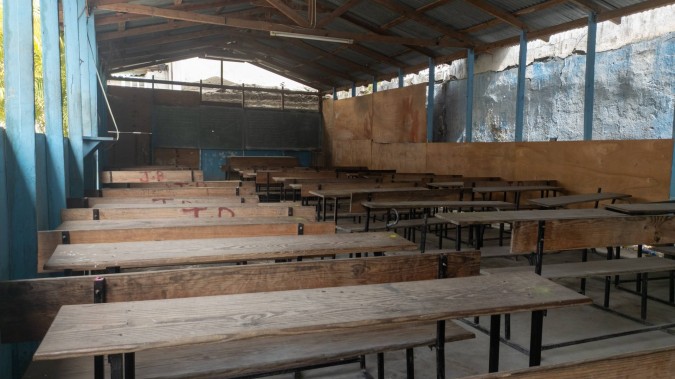 Wilca Chery Georges who joined the center in January of this year to learn general mechanics believes that the learning conditions are not good. “There are no materials for students to do practice sessions,” says the young man in his twenties.

The J.B. Damier vocational school is located not far from the Cathedral of Port-au-Prince, a few steps from the Bel-Air area. During a visit by HB News on June 2, barricades were erected by armed groups in conflict on Montalais Street near the center.

Sometimes the crackling of bullets prevents classes from being held,” says Marc-André Deshommes. When the situation gets out of hand, we are often forced to drop classes to save our lives.”

In the absence of sex education, young girls think that drinking “ice cold beer with salt” can prevent them from getting pregnant In 2013, while…

For three months, HB News spoke with 15 former ISLG students and consulted with current members of the institution. Their testimonies portray a school on…