Lawyers are in a very difficult situation. Their offices are working in slow motion, if not at a standstill, because of the dysfunction the Haitian justice system has been experiencing for several years now.

Gangs have occupied the courthouse since mid-June, and most courts are not functioning.

As a result, clients are becoming scarce and “this situation is forcing many law firms to close their doors”. This is what Mr. Patrick Laurent reveals, a well-known senior lawyer in the field.

According to a confidential report detailed for HB News, from October 2016 to September 2020, the country’s courts only operated for 205 days. This document, funded by the U.S. Agency for International Development (USAID), is the result of a study conducted by the Haitian Bar Federation (FBH) on the practice of the legal profession in the eighteen jurisdictions of the country from 2016 to 2020. 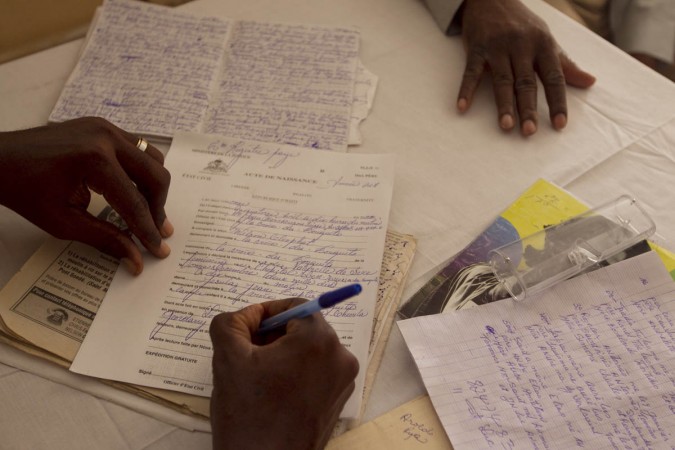 The report notes that during this period, the courts experienced a high degree of paralysis, mainly due to recurrent strikes by actors in the judicial system.

“For the past four years, no criminal trial has been organised in the jurisdiction of Port-au-Prince,” says Patrick Laurent, head of the law firm Patrick Laurent et Associés.

This verdict is worrisome. “We are in a judicial system where the Supreme Court does not exist,” says Mr. Laurent, referring to the dysfunction of the Court of Cassation. “No appeal is possible now. This situation violates the right to access to justice and defense.”

According to interviews conducted by HB News, law firms are now reducing both staff numbers and operating hours.

This is the case, for example, for the law firm Rose-Berthe Augustin, located in the jurisdiction of Port-au-Prince. “I am reducing my expenses and my workforce,” says the counselor of the Port-au-Prince Bar Association.

Reynold Georges’ law firm is also taking the impact of the crisis on the institution. The lawyer did not dismiss his employees “out of pity”. “They accept any amount I give them as salary,” says Mr. Reynold Georges.

The attorney calls himself “unemployed” and is forced to dip into his savings to support himself.

Lawyers are using other strategies to survive the present stagnation at the level of the courts.

“According to Rose-Berthe Augustin, some of them are now moving into other parallel professional activities to support themselves. Others are currently in the civil service, teaching, or consulting.”

New lawyers are moving to other fields of study because the sector is not profitable. “This situation could lead young lawyers to lose interest in the profession,” says lawyer Patrick Laurent.

Patrick Laurent’s firm is currently working on commercial cases, which are easily handled by the arbitration tribunal. “I would have already closed my firm if I had salaried employees”, warns the lawyer who refers to his colleagues as “collaborators”.

Other companies succeed because of a strategic choice.

“We are not impacted in the same way as all of the other firms because we have prioritized international law, says attoney Élisabeth Lafontant. In our firm, we register companies, we do follow-ups for NGOs. We draft contracts and we give consultations on labor law.”

Ms. Lafontant also points out that the firm’s turnover has fallen by 40%. As a result, the legal professional foresees a bleak future for her firm. “We will not be able to hold on if the situation remains like this, as most of our clients are leaving the country.”

The firm Advocatus Law is barely two years old in the field but it is still trying to hold on. “We are barely able to pay rent and for a secretary,” says Arnel Rémy, who heads the firm.

According to lawyer Rose-Berthe Augustin, some law firms have had to leave certain areas to escape the very high cost of rent. Those who permanently close their offices leave the country, she confides.

The beginning of October 2022 marks the start of the judicial year. However, the Court of Cassation does not have a president. Marthel Jean-Claude, president of the Professional Association of Magistrates (APM), believes that there will be no induction ceremony for this new year.

“No magistrate can claim to have a review. We are in a relatively endless vacation period. We are tired”, says the magistrate who advocates for the relocation of the court of first instance in a much more appropriate space to begin to rectify this situation of dysfunctional justice.

Electricity and internet access problems are hampering a project launched nine years ago to digitize justice records in Haiti. Regularly, courts are vandalized Since 2013,…

No Haitian engineers or architects were involved in the design of the plans for the Faculty of Science at the State University of Haiti. Foreign…