The conch is disappearing in the seas of Haiti, because of extensive and uncontrolled fishing. According to Wilto Marcéus Joseph, President of the association of fishermen of Haiti, in addition to this massive exploitation, the mollusk is fished far too early.

“They haven’t had a chance to grow into large conches, which are usually in high demand on the international market,” he reveals.

This species, which is also threatened in other countries of the region, benefits from protective measures. The Dominican Republic prohibits the fishing, storage, and commercialization of conch from July 1 to October 31. In Jamaica, starting in 2019, the government banned its exploitation for two years. It was not until April 2021 that the ban was lifted, under strict conditions.

At present, Haitian authorities have not yet taken any concrete measures to ensure the survival of the conch in the country’s sea. Prenord Courdo, head of the National Agency of Protected Areas (marine and terrestrial) of the Ministry of Environment, says he does not have enough information on the subject.

When contacted, the agronomist Jean Robert Badio, director of fisheries and aquaculture of the Ministry of Agriculture, did not react. 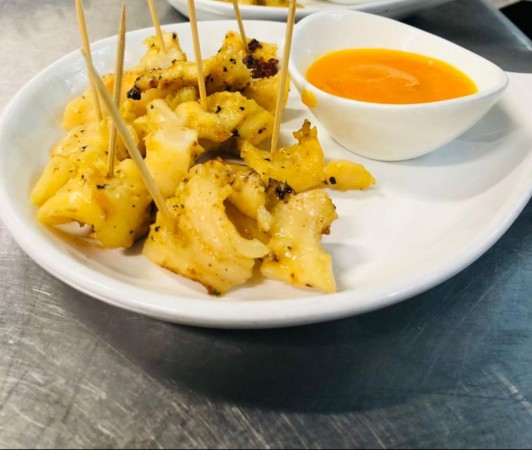 The shortage of strombus gigas, one of the largest species of conch in the Caribbean, has been a concern for the Convention on International Trade in Endangered Species of Wild Fauna and Flora (CITES) since 1992. This entity has adopted restrictions against the trade of meat, shells, and pearls in the marine environment.

Due to non-compliance with CITES requirements, all exports of conch (shell and meat) are closed in Haiti, according to a MARNDR document on the development of marine fisheries in the country, published in 2010. However, large-scale fishing is still ongoing.

The conch is an edible marine resource and is one of the most popular meals in Haiti. It is found mainly on sandy seabeds, particularly in the maritime waters of the towns of Dame-Marie, Anse-d’Hainault, La Gonâve, among others.

Marcéus Joseph, a fisherman in La Gonâve, decries the overexploitation of the mollusk in the area. “Fishermen do this daily in the herbariums and mangroves, not far from the shores,” he said.

This uncontrolled fishing is causing the scarcity of conch in most markets in the country. Etienne Jasmin, a street vendor of cooked conch in Port-au-Prince complains that this situation jeopardizes his source of income. “The pound of conch varies between 600 and 750 gourdes now. Before it cost between 300 and 350 gourdes,” he says.

For sustainable exploitation of this marine species, “catches must be limited to the regenerative capacity of the resource, taking into account the rate of reproduction and the growth of the species exploited,” explains Pressoir Mario Antoine, former director of the fisheries program between the Ministry of Agriculture, Natural Resources and Rural Development (MARNDR) and the Food and Agriculture Organization of the United Nations (FAO).

Not to mention the fact that the small conches caught in Haiti do not sell well internationally. “The demand goes rather to the Bahamas, where there are larger conches, very much in demand for export. The few sales of young Haitian conches are secretly effectuated on the international market,” says Antoine.

According to Marcéus Joseph, only the pelagic areas (seabeds) and the marine environment near La Navase hold standard sized conches, but their exploitation is not easy for Haitian fishermen.

“They don’t have the technical means, he explains. On the La Navase side, U.S. government bans on the area prevent fishermen from venturing out.”

The conch trade in the Caribbean region is estimated at more than $60 million. Between three and seven tons are caught each year and most of the exports are destined for the United States and European Union.

Haiti’s maritime policies related to fishing date back to the 20th century. Article 124 of a decree issued in 1978 prohibited the capture and exploitation of conches until further notice, in the waters of the North and North-West departments, to allow their regeneration.

In the 44 years since the ban, no real action has been taken. “The government has difficulty taking measures to prohibit the exploitation of the species. The Haitian authorities do not want to ban people from doing anything, fearing their reaction which they consider the beginning of a form of protest against them”, explains the retired agronomist Pressoir Mario Antoine, based in the United States.

He still remembers the difficulties he faced in enforcing this law in the early 1980s in the country.

Even the fishing period in Haiti, which extends from July to March, according to the same decree, continues Wilto Marcéus Joseph, is never respected because fishing activities take place throughout the year, at the whim of the fishermen.

Living in groups and feeding on algae, the exploitation of the conch began in Haiti at the end of the 1970s. Divers, without proper equipment, brought back between 6 and 10 shells per dive.

During the 80s, reports Pressoir Mario Antoine, the air compressor was introduced to divers in Arcahaie by fishing skippers and seafood exporters. Because of its great efficiency, concludes Antoine, this method remained very popular across the country. It allows the fishermen to stay underwater longer, and to bring back more conches with each new dive.

The interruption of the Francisque mango import program in the United States is the result of worsening insecurity in Haiti, which is preventing American inspectors…

The Americans mined a million tons of guano on the island without paying a cent to the Haitian authorities. Other countries have sold the product…

The state of affairs created by Adhasa Oil seems to exceed even the city authorities Lire cet article en français After retiring as a nurse,…