In May 2021, due to security concerns, Laurence left Haiti with her mother and two siblings. They arrived in the United States right before the Department of Homeland Security (DHS) issued Haiti’s new 18-month Temporary Protected Status (TPS) designation.

The TPS allows Haitians and foreigners from 14 other countries the right to live and work in the United States on a temporary but extendable basis. Laurence was able to work in the US when she and other family members were granted the TPS one year after filing their application. The former law student now oversees quality control in a bakery located in Miami, while her mother and two siblings are still struggling to find work.

“Life was hard without the work permit. We depended on my father in Haiti to survive,” she explained.

The situation is different for Valerie, however. The 31-year-old left Haiti on July 29, 2021, because of the repeated kidnappings in her neighborhood of Turgeau (Port-au-Prince). Valerie, who had a decent job in Haiti as a UN agency staff member, is now in Arizona, where she lives temporarily with a friend – relying on her depleting savings.

“I feel hopeless and frustrated with how slow the process is. I often consider returning to Haiti because living undocumented is psychologically and economically difficult. I cannot find a job without a work permit, and I am almost broke,” declared Valérie.

Dachou studied nursing in Haiti. She volunteered at a hospital in Léogâne. Afterward, she provided care to people in her neighborhood in Port-au-Prince. She left the country in May 2021 to spend her vacation in Florida with her aunt. Amid Haiti’s deteriorating political and security situation, she decided to stay in the USA when the US authorities issued Temporary Protected Status for Haitians back in May 2021 and later in July 2021.

“I applied for TPS immediately after the second announcement in July 2021. I got the TPS 11 months after submitting my application.”

Dachou acknowledged that the situation was a little bit complicated for her.

“I had a part-time job in a fast-food restaurant without a work permit where I was paid $10 an hour while others earned between $12 and $15 an hour. I also had an experience in a food truck where I was paid per week and not per hour. It is not an easy experience, sometimes I want to return to Haiti to see my family. Sometimes I cry, especially when I don’t know when I will be able to see my family,” she explained.

To cope with disasters

Haiti was designated for Temporary Protected Status for the first time in 2010, after a 7.0 magnitude earthquake on the Richter scale destroyed the capital Port-au-Prince and other cities, killing more than 200,000. In addition, 1.5 million people were displaced and forced into hundreds of makeshift encampments.

The program was extended multiple times, and on May 22, 2021, Secretary of Homeland Security, Alejandro Mayorkas, designated Haiti for TPS for 18 months. Only those already residing in the United States during that period and meeting all the other requirements can apply for TPS. Those trying to come to the United States following the announcement will not be eligible for TPS and may be deported.

“Haiti is currently experiencing serious security concerns, social unrest, and an increase in human rights abuses, crippling poverty and lack of basic resources which are exacerbated by the Covid-19 pandemic,” said Mayorkas as a justification.

On July 7, 2021, Haitian president Jovenel Moise was assassinated in his home. On August 14, a 7.2 magnitude earthquake hit the South of Haiti, which had previously been leveled by hurricane Matthew in 2016. Significant portions of the territory are presently controlled by armed gangs involved in many massacres, which have been documented by the country’s most prominent human rights organizations.

Without a president and only ten elected officials (10 senators), US-backed Ariel Henry acts as prime minister with no official agenda. Fuel crises are recurrent, and kidnappings are on the rise.

“After consultation with interagency partners, Secretary Mayorkas decided to designate Haiti for TPS due to extraordinary and temporary conditions in Haiti that prevent nationals from returning safely, specifically, a political crisis and human rights abuses; serious security concerns; and the COVID-19 pandemic’s exacerbation of a dire economic situation and lack of access to food, water, and healthcare,” informed the Department of Homeland Security in a statement. 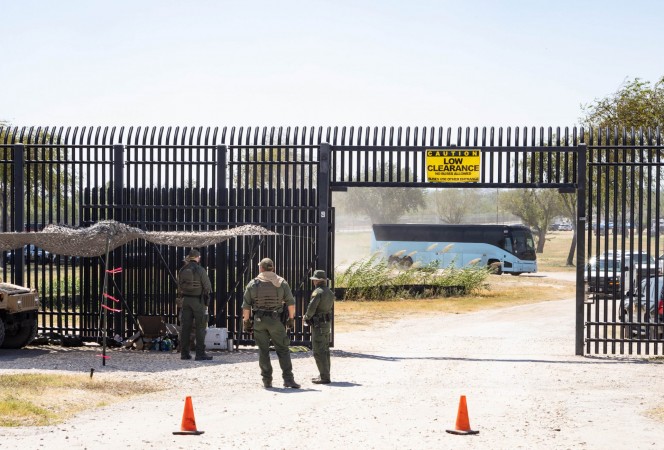 A challenge without support

“The TPS gives permission to work, rent, and buy houses. With exceptions for going to college and university, TPS holders and their non-American children do not have access to certain social protections such as health insurance. Students with TPS cannot receive financial aid,” explains Leonie Hermantin, Director of Development, Communications & Strategic Planning at Sant La.

Sant la, a Haitian-led organization based in Miami, offers assistance to Haitian migrants seeking TPS and those crossing the US-Mexico border. It works with six organizations, such as the Haitian Legal Association and Miami Workers Center, to provide legal assistance to TPS applicants and other forms of social support.

“There are a lot of tensions and development of mental illness in the Haitian community, notes Hermantin. Some mothers abandon their children after a breakdown. Women are more vulnerable to sexual exploitation where individuals offer them to exchange free TPS registration for sexual favors.”

56,463 Haitians have been granted Temporary Protected Status. The number of applicants since the latest designation is unknown. Secretary Alejandro N. Mayorkas estimates approximately 155,000 individuals are eligible to apply for TPS under the designation of Haiti.

The processing time for the TPS varies depending on the case. According to the Department of Homeland Security (DHS), it takes three months to process the Employment Authorization and approximately six for the Temporary Protected Status. However, the Covid-19 pandemic forced month-long shutdowns at the USCIS between 2019 and 2021.

What is the status of the Haitians who are seeking TPS?

Haitians seeking TPS can range from nonimmigrant to immigrant to no status at all. Once a Haitian national is granted TPS, the status is Temporary Protected Status. If they hold any other status, it may be TPS and whatever other status the immigrant may have.

The name itself is Temporary Protected Status. While an approval allows for some peace for those who apply, the relief is only temporary. As demonstrated by the last administration, the uncertainty resulting from a lack of a permanent solution can be stressful for anyone whose status is TPS.

What will happen to an immigrant if they do not receive the TPS?

If a person meets the eligibility requirements, they should be approved. However, for people who are not approved, what happens to them depends on their circumstances. The lack of TPS as a status means that a person will no longer be protected from deportation. Because each immigrant’s situation is different, I cannot determine what will happen to each individual, but in general, the lack of TPS protection can lead to deportation. A person denied TPS may also appeal a denial decision if they believe that the denial was in error.

Can applicants be deported while on the waiting list?

Technically, until a person is approved for TPS, they are not protected from deportation. However, it is highly unlikely that an eligible person would be deported while awaiting a decision from USCIS.

What are the benefits applicants can enjoy while waiting for their decision?

Immigration is considered federal law, and the individual states have no decision-making power regarding immigration law. However, depending on the State an immigrant lives in, they may have access to more benefits. For example, a TPS applicant may obtain a driver’s license or ID in Florida.

Different counties may also have programs available to immigrants that offer some public benefits. In states like New York or California, a TPS applicant has much more access to benefits, such as healthcare, than those who live in other states may have. Immigrant-friendly states provide more benefits than those that are less immigrant-friendly.

Most landlords, and the lawyers who represent them, claim not to rent to foreigners Lire l’article en français In December 2021, Alexandra and her husband…

“As soon as the white people saw that Haitians were renting or buying houses close to theirs, they gradually moved away,” explains Sylvie Pognon. This…