Electricity and internet access problems are hampering a project launched nine years ago to digitize justice records in Haiti. Regularly, courts are vandalized

Since 2013, a project to computerize the justice system is being implemented in Haiti.

This initiative aims to equip the country’s judicial institutions with computer tools and other resources necessary for the use of a database called Gestion informatisée des Cas judiciaires (GICAJ).

Five of the eighteen courts in the country do not yet have the necessary facilities to digitize their files. Electricity and internet issues hamper the operation of the system in other jurisdictions.

The GICAJ is designed to receive and collect criminal court documents from the different jurisdictions in the country. It aims both to improve case management and help in the fight against prolonged pre-trial detention by facilitating the research and the study of the files to the main judicial actors concerned.

“The public prosecutor’s office, the courts of the first instance, the ministère de la Justice et de la sécurité publique (MJSP), and the Conseil Supérieur du Pouvoir judiciaire (CSPJ) are the main administrators of this system,” said Isaac Lamothe, a member of the project implementation committee at MJSP. 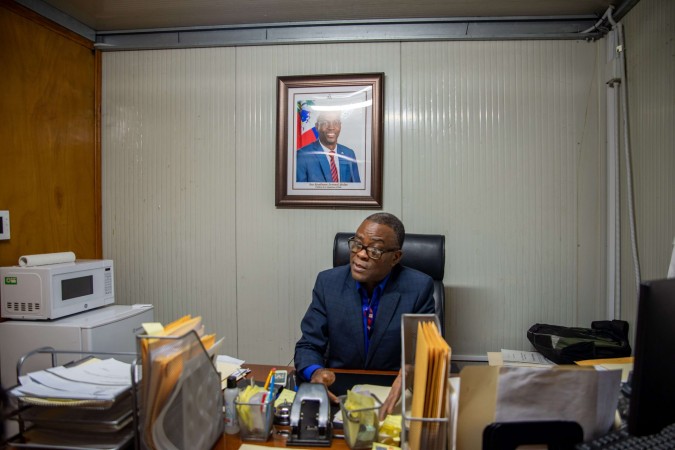 The courts of first instance in Aquin, Anse-à-Veau, Côteaux, Miragoâne and Jérémie have not yet received the facilities to digitize their files.

Jurisdiction is the territorial extent of a court’s jurisdiction. In Haiti, each of the eighteen courts of the first instance represents a jurisdiction. The implementation of GICAJ in these entities should facilitate the ability to instantly view the progress of the various files online.

Recurring problems are not always solved. “Even when I talk to you, I am in front of a computer at the court of the first instance in Petit-Goâve,” informs Martin Aîné, the president of the Association Nationale des Greffiers d’Haïti. Every time I try to access the system, it tells me: “No access!”. And this has been the case for three days.” 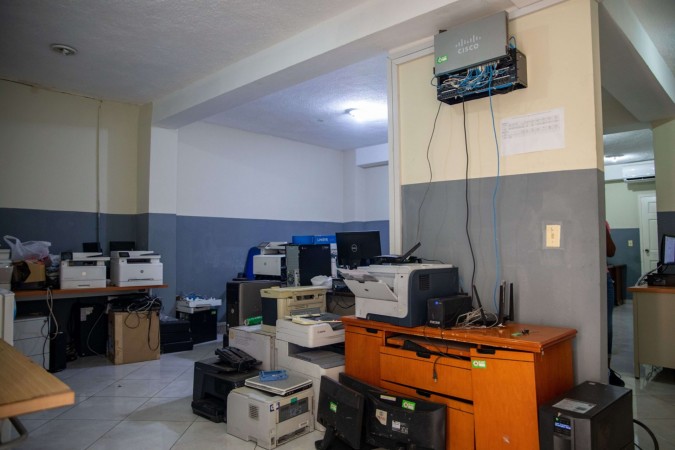 For the IT manager, temporary breakdowns do not compromise the efficiency of the system. “Just make sure the folder is entered as soon as the breakdown is resolved,” he says.

The consequences of this situation can be serious. According to Martin Aîné, when a “hard” folder is stolen from a jurisdiction without being registered in the database if a copy has not yet been sent to any other jurisdiction, this folder is lost.

To be fully effective, Martin Ainé believes that this computerized system should not only be installed in the eighteen courts of the first instance and the public prosecutor’s offices. According to the clerk, the system must also be implemented in the five courts of appeal, the Court of cassation, and the courts of peace.

When you shun the courts of peace,” he says, “A person can have already committed a crime and easily obtain a certificate of good character in these courts. His case will be found clean there since he had no record in the latter court.” 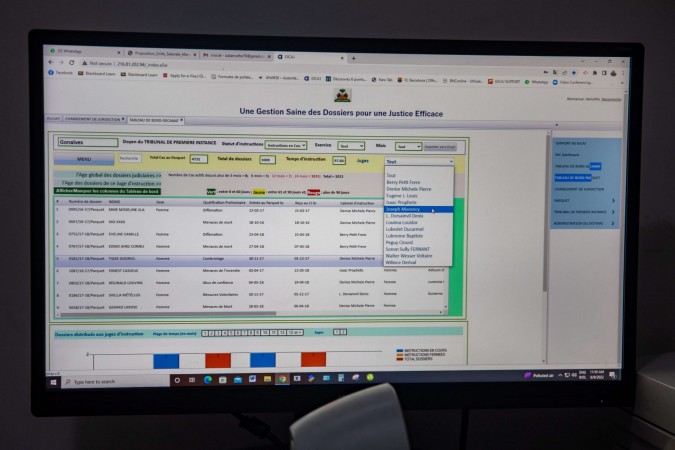 In Haiti, thousands of defendants have been imprisoned for sometimes several years without ever having been judged. The GICAJ was primarily created to help in the fight against this phenomenon known as prolonged pre-trial detention.

To have an idea of the progress of an investigating judge on the various cases that have been entrusted to him, a commissioner must simply log into his GICAJ account from his computer or smartphone and enter the name of the judge in question.

The IT manager point outs that older and younger public servants are not taking advantage of GICAJ’s progress. “They are often reluctant to use computers. While the tool alerts administrators of cases without judicial follow-up exceeding two or three months depending on whether it is a misdemeanor or a crime, “he adds.

This arrangement is in accordance with Article 182 of the Code of criminal procedure which, regarding criminal cases, gives the investigating judge a period of four months to deliver the result of his investigation. Beyond this period, the detention is illegal, unless an extension, not exceeding three months, is granted by the dean of the court. 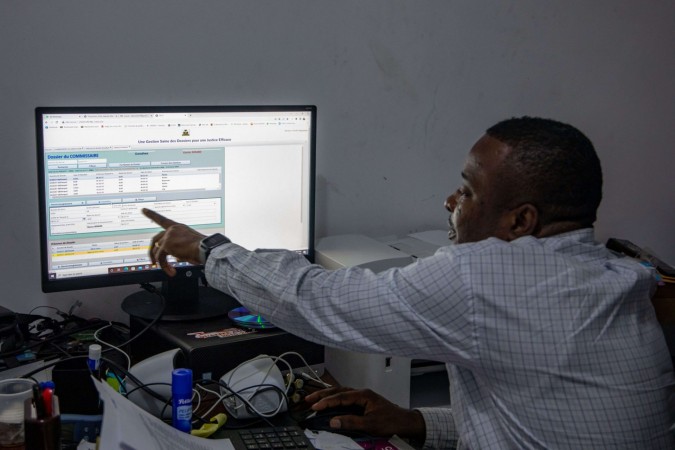 However, despite GICAJ’s warnings, the system has no shortage of red files that have not been followed up, notes HB News during a visit to the MJSP on June 9.

Although a decade old, this computer device is not well known by judicial actors. In any case, if such a system exists in Port-au-Prince, I am not aware of it,” said Nathan Laguerre, a member of the Bureau des Droits Humains (BDHH). It is always in the traditional registers that I see the clerks rummaging around when I request a file.

At the same time, Mr. Laguerre is not the only one to have this opinion. The president of the Association professionnelle des magistrats (APM), Martel Jean Claude, is not aware of this system either.

The GICAJ, whose use is struggling to meet the expectations linked to its creation objective, is supported by the U.S. Agency for International Development (USAID) through the Justice Sector Strengthening Program.

The justice system isn’t working Lire ce texte en Français  Lawyers are in a very difficult situation. Their offices are working in slow motion, if not at a standstill, because of the dysfunction the…

The city of Cap-Haitien is working on the creation of its police force. The Delmas City Hall also has its own municipal police. At least…

The Federici Mera Munoz & Fondeur consortium was to build the longest bridge of the Caribbean in Haiti, as well as the Saint-Marc – Gonaïves…